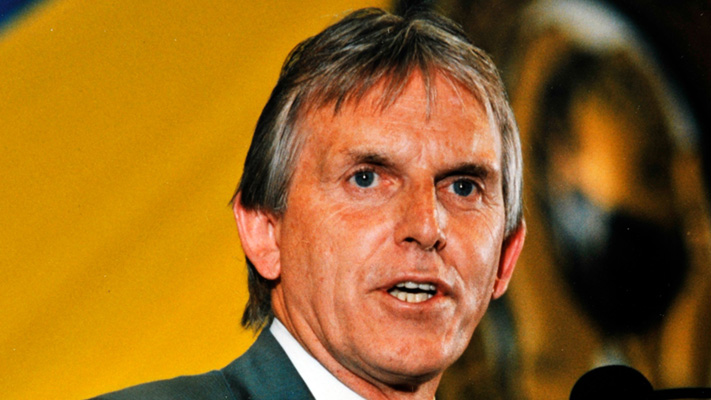 Robert "Bob" White was a prominent labour leader in the Canadian Trade Union Movement. Bob was born in Northern Ireland and emigrated with his family to Canada when he was 13 years old.

White's involvement in the labour movement began as a teenager when, against his father's advice, he became a shop steward at woodworking factory in Woodstock, Ontario. He rose to be Canadian Director of the United Auto Workers before leading Canadian workers out of the international union to form the CAW (now Unifor) In 1984, after leading Canadian members through the separation from its American parent (UAW) in 1992 Bob White became the president of the Canadian Labour Congress.

In 2017, Bob White died at the age of 81. The passing of Bob White impacted an entire generation of union members across Canada, Bob was a true Canadian Maverick and was a hero and inspiration to many. It was Bob's strong principles and his optimism that brought us together. He helped make Canada a better place for all of us. Bob White's legacy is without a doubt a stronger and more equitable Canada.

"Bob fought not just for the union but also for social justice. He believed in using our collective strength to make both our workplaces and our world better places. His vision lives on and we will continue the fight in his honour." Jerry Dias.

Can you imagine workers in every community, from every sector, across the country participating in the Walk for Alzheimer's  wearing TEAM Bob White T shirts, we can raise funds in Bobs name and help fight a disease that affects so many Canadians.

Please join us in paying tribute to a great man with a vision of a better Canada.

Join a Walk in your community